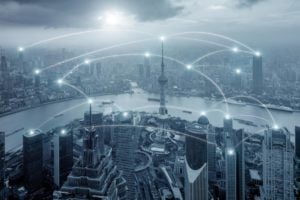 The global number of cellular Internet of Things (IoT) subscribers increased by 56 per cent during 2017 to reach 647.5 million, driven by soaring demand for cellular IoT from China, according to a report from Berg Insight.

The M2M/IoT market research firm predicts the new wave will start in China, where government authorities and manufacturing companies will be first in the world to deploy connected devices using NB-IOT technology on a massive scale.

The accelerating growth is expected to take the global installed base to almost 1 billion at the end of 2018. By 2022, Berg Insight projects that there will be 2.7 billion IoT devices connected to cellular networks worldwide.

The next wave of cellular IoT adoption is focused on new vertical segments like smart cities and infrastructure, smart industrial supply chains and connected consumer products.

“China is playing a key role in accelerating and transforming the global cellular IoT market. The Chinese government has set a goal to connect 600 million devices to NB-IoT networks by 2020. NB-IoT will essentially replace 2G technology, which accounted for the bulk of the 150 million new cellular IoT connections added in the country in 2017,” said Tobias Ryberg, senior analyst and author of the report.

To read the rest of this article, please use this link: https://smartcitiesworld.net/news/news/china-accelerates-cellular-iot-2481