ASEAN turned 50 earlier this month. Compared to the European Union (EU) and other regional authoritative bodies, ASEAN is seemingly the runt. But is it?

A region with 630 million people and a combined GDP of US$2.5 trillion; ASEAN has accelerated in economic growth and social progress since its founding in 1967.

Indonesia, Malaysia, Philippines, Thailand, and Singapore founded the Association of Southeast Asian Nations (ASEAN) 50 years ago with the goal of facilitating economic and political collaboration among its members. The initiative, which includes a free trade agreement that enabled great intra-regional trade, has propelled ASEAN to be the world’s sixth-largest economy in the world.

While the region is generally lucrative especially to consumer businesses (630 million people is undeniably massive), many tend to dismiss ASEAN’s digital market. Underdeveloped infrastructure, red tapes, and the culture of wait-and-see approach are among the reasons for not investing in ASEAN’s ICT market.

Having hosted Internet of Things (IoT) programs across ASEAN since 2014, we cannot disagree more to the reasons, especially with the region’s digital economy now standing at US$50 billion, and still growing rapidly.

ASEAN is right in the middle of the same digital revolution as the EU, US, and the rest of the world, with technologies such as artificial intelligence (AI), robotics, autonomous vehicles, and big data analytics, being deployed in various businesses and organisations – big or small. 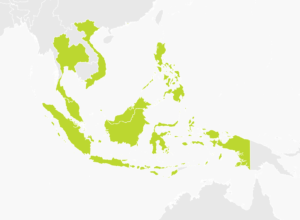 ASEAN’s digital economy is worth US$ 50 billion, and according to Bain and Company’s Digital Acceleration in Southeast Asia report, travel and tourism was the leading driver of the region’s digital economy. It accounts for US$22 billion of the total digital spend in 2016. The e-commerce sector came in second, generating US$15 billion.

According to AT Kearney, the implementation of radical digital agenda in the region could add US$1 trillion to the region’s GDP over the next 10 years, and we are already witnessing the push right now.

Singapore is already ahead in the digital race, owing to its small size, and its highly competitive economic environment. The city-state is the most developed country in ASEAN, and it serves as the epicenter of IoT technology. Singapore’s Minister for Communications and Information, Dr. Yaacob Ibrahim, announced that the country’s Smart Nation vision has entered its “build” phase. Just this month, local telecommunication company, M1, announced the rollout of their narrowband IoT (NB-IoT) network. It is first of its kind in Southeast Asia and second in the world. It is also collaborating with Singapore power retailer Keppel Electric to test an NB-IoT-based energy management meter that will enable businesses and consumers to track their energy consumption. However, it is important to not define digital acceleration on desired outcome (or outcomes per se), but also on endeavours and efforts that are currently in place.

There are 10 members in the ASEAN and all are in varying stages of development. While Singapore has progressed far as a nation, countries like Malaysia, Indonesia, Thailand, and Philippines are rising steadily. In this article, I would like to shed light on two emerging and promising nations that are silently growing to become strong players in the region: Myanmar and Vietnam. 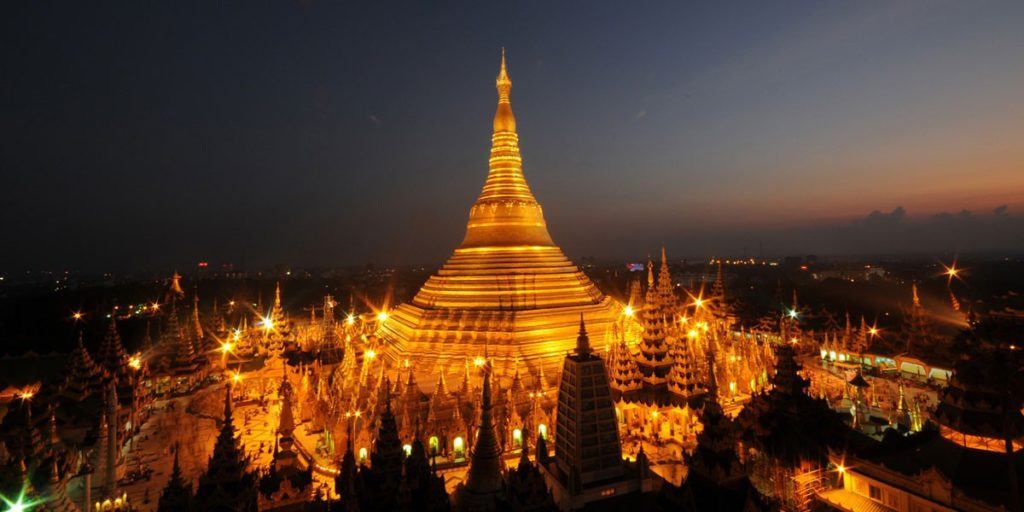 Myanmar has signaled its readiness to reintegrate with the international economy through various socioeconomic and political reforms, which can also enable strong and sustainable economic growth, which in turn leads to the improvement in the lives of its people.

Digital technology is one of the main areas where can the country can leverage to leapfrog the usual development track of other countries, and further accelerate growth.

Currently, Myanmar’s internet, mobile, and telephone usage rates are ASEAN’s lowest, while its ICT industry is still in its infancy. However, there is massive potential for developments; hence the ability to leapfrog.

Myanmar recognises ICT has a key enabler and priority for development. In July 2016, Myanmar’s State Counselor, Aung San Suu Kyi, release the 5-Year Economic Policy which addresses the areas in which the country is keen in increasing spending. The fourth point in the policy decrees the prioritization of infrastructure development, including power, roads, and ports, as well as concocting a digital strategy such as an e-Government system.

The Framework for Economic and Social Reform, formulated in 2013, sets out policy priorities until 2016, which include the development of mobile telephony and internet. Among the ICT-related reform objectives are to increase mobile penetration from 6.99% to 89.4% in 2016, and allowing full sector liberalization by opening the ICT market to both foreign and domestic investor on a non-discriminatory basis.

Of course, owing to the country’s sectoral strengths, there is much opportunity for ICT companies that are targeting enterprise adoption of ICT technologies in Myanmar, especially in the agriculture industry. The agriculture sector contributes 26% of the country’s GDP, and with the National League for Democracy’s (NLD) first economic policy, support to reform and improve the sector is strong. Hence, solution providers that have niche solutions for the agriculture sector can expect strong interest and demand for solutions that can improve productivity.

Urban solutions is another sector that should not be overlooked by vendors. Myanmar’s key cities such as Mandalay and Yangon are expected to grow rapidly, and infrastructures need to be upgraded to keep up with influx of migration and the growing urban populations.

While local companies have been given concessions to operate local transport and connectivity infrastructure, they currently lack the expertise. This presents opportunities for companies to collaborate with in-market firms to contribute the development of better housing, improving traffic management, and providing sustainable power and water solutions. Vietnam’s economy reached a GDP rate of 7% in the fourth quarter of 2015, the highest since 2011, and FDIs have also increased by 19.9% to US$15.6 billion in 2015. Next-generation Free Trade Agreements including AEC and EVFTA are expected to generate a new wave of foreign investments.

Vietnam’s socioeconomic development framework assigns ICT a strategic role in accelerating Vietnam’s transition to a knowledge society and integration into the global economy. While the overall ICT policy framework is complex, it essentially aims to turn Vietnam into a developed country in ICT by 2020.

Enterprise spending market share is around 23.7% of 2015’s total spending, contributed largely from communications, banking & finance, and manufacturing. This is unsurprising given Vietnam’s rising role as the manufacturing hub in Southeast Asia. Many businesses are also looking to shift their manufacturing lines from China to Vietnam due to the low labour cost.

There is a clear opportunity for Industrial IoT solution providers. The potential of IoT in the manufacturing sector in Vietnam is undeniable, apparent from the existing investments by tech firms such as Bosch. It is unsurprising that manufacturing companies in Vietnam are turning to disruptive technologies such as IoT and big data to improve their operations and deliverables. Companies such as FrieslandCampina Vietnam, Vinamilk, and Masan Group, among many others, are seeking technology vendors to help deploy and integrate IoT technologies into their business operations; all in the name of retaining and sustaining their competitiveness in a highly competitive economic outlook.

However, other sectors should not be ignored, especially in the agriculture and smart city space, where small but nimble firms such as Cau Dat Farm are already deploying IoT technologies. In the smart cities space, at least 6 cities are slowly initiating e-Government systems and urban solutions.

ASEAN has much to celebrate on its 50th year as a cooperative region. The digital revolution will undeniably propel the region to greater heights as long as its people, businesses, Governments, and other stakeholders seize opportunities in the space. Here at Asia IoT Businesss Platform, we will continue to facilitate the digital transformation of enterprises and organisations in ASEAN, with hopes that we can rise and be in par with other nations and cooperative regions.