Evidence has emerged that this might be a possibility based on what economists Nicola Pierri and Yannick Timmer wrote in a working paper (Jan 2020) for the International Monetary Fund. The researchers found US Banks that adopted more Information Technology (IT) before the global financial crisis hit in 2008, had fewer loan defaults when the crisis hit, and also provided more credit after it began.

According to the researchers, it appears the tech-focused firms made more resilient loans. In 2010, at the peak of the credit crunch, banks in the top 25% of IT adoption had about half the problem loans of those in the bottom 25% in their measure of IT adoption. Pierri and Timmer wrote. “Our results suggest that technology adoption in lending can enhance financial stability through better monitoring and screening,” and that “The IT adoption of banks seems to give banks an informational advantage regarding the mortgage.”

In the years before the financial shock in 2008 and after the shock, loan performance was similar for banks, whether or not they adopted a lot of technology; the advantage of the Tech-savy crowd shows up during the crisis period when the financial system went into a tailspin as illustrated in the chart below. 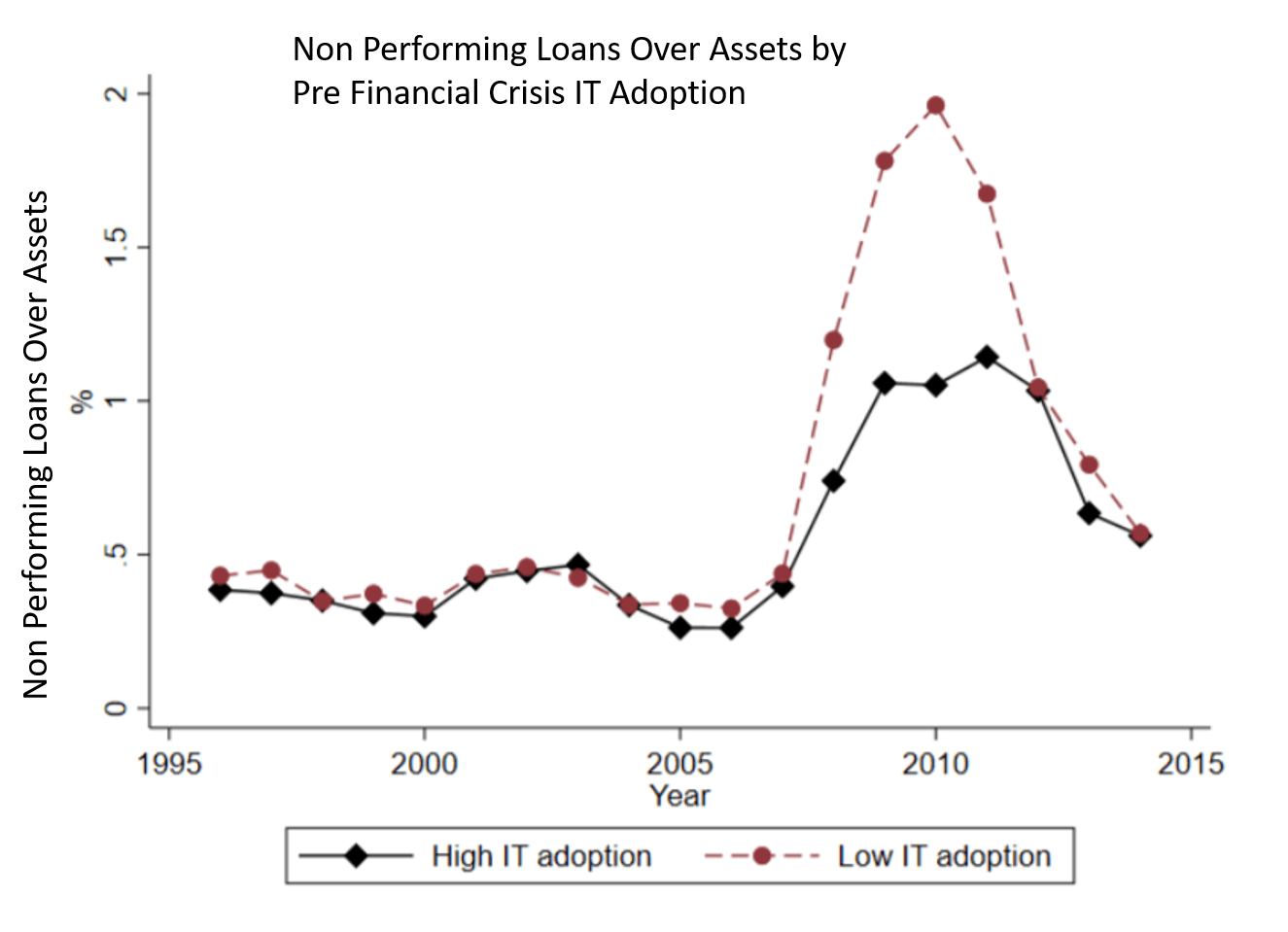 Implications of the research

The research could be important for a range of stakeholders. My opinion is that this is applicable across industries in varying degrees and could form a new way for investors, asset managers to use this type of analysis when picking stocks and bonds.

What this could also mean is that firms who are financially less well off than their peers would not be able to afford investments in tech and would end up being less competitive.

The World is increasingly VUCA

VUCA is a phrase has been doing the rounds for the past few years now, from strategy class to boardroom discussions. VUCA — an acronym that stands for volatility, uncertainty, complexity and ambiguity, a combination of qualities that, taken together, somewhat characterizes the unprecedented situation the world is in right now. (For a better description, you can refer to the matrix below published by Harvard Business Review in the Jan – Feb 2014 issue) 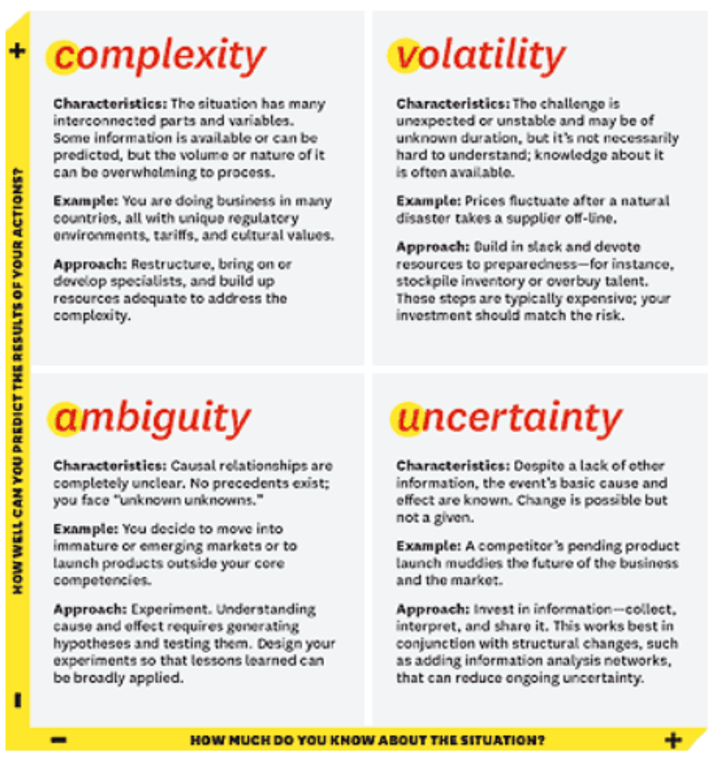 The COVID-19 threat has led to economies across Asia, Europe and America being shutdown as social-distancing is introduced to curb the spread of the virus. IMF MD Kristalina Georgieva said “The outlook for global growth: for 2020 it is negative—a recession at least as bad as during the global financial crisis or worse.”

At the same time the world is also trying to navigate an Oil shock, with crude prices plunging more than 50% since the highs of Dec 2019 (~$60).

These events, COVID-19 and the Oil shock are coming off the back of the US-China trade tensions which dominated headlines over 2018-2019.

Central Banks across the world have turned to their 2008 financial crisis playbook with quantitative easing measures (rate cuts and bond purchases) coupled with Governments announcing massive fiscal measures to support their economy through these difficult times.

With these measures in play, I have no doubt that the world will survive, but the next crisis might come faster than you think.

Survival and Innovation in ASEAN

Enterprises will be put under severe duress in the coming months as the recession happens. Survival is the first priority, but this crisis also provides a window of opportunity for investments in technology to be tested.

ASEAN enterprises have been embarking on digital transformation over the last few years investing in various new/emerging technologies (AI, Machine Learning, IoT, etc). In 2019, the findings of the AIBP Survey showed that an increasing number of enterprises in ASEAN have implemented IoT solutions for their businesses – a more than 60% increase of respondents compared to 2017. However, on this enlarged base, a lower percentage (only 4%) are reporting actual benefits from these projects. Is this an indicator of non profitable technology projects? Or are these firms yet to realise results?

From the IMF data on US banks shown earlier, perhaps, this is the period that enterprises will start to reap the benefits of digital transformation.

Amazon Web Services (AWS) was still a new project when the last recession started in 2008. Thanks to Amazon’s heavy investments into technology at the time, it turned to be be one of the most successful businesses of the following decade. Could this be the AWS moment for enterprises that have been faithfully investing in technology?