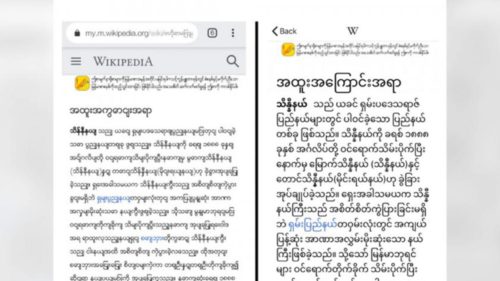 The main benefits of Unicode are that it is an international character standard that is compatible with the Myanmar writing system. The use of Unicode will definitely break the language barrier, he said. “If we keep using the Zawgyi font, there will be no space for ethnic languages because it has too many unnecessary code points,” he said. Although people still find it easier to use Zawgyi, Unicode is an international character standard that will give users access to applications that only support Unicode.

To read the rest of the article, please use this link: https://www.mmtimes.com/news/change-unicode-expected-boost-e-government-plan.html