Vietnam is one of the fastest-growing economies in the world – supported by robust domestic demand and export-oriented manufacturing, it has recorded economic growth of over 7% for the past 2 years. In 2020, amidst global slowdown due to COVID-19, Vietnam continues to show its economic remarkable resilience. While Southeast Asia’s GDP growth is expected to contract by more than 4% this year, Vietnam is on track to hit positive growth ~2.5%, making her the only country in the region untouched by the recession.

This resilience could be attributed to the government’s prowess in urban management through the use of technology. Ho Chi Minh City vows by the effectiveness of its smart city operation center in the city’s fight against COVID-19. The operation center monitors more than 1,000 cameras city-wide and hundreds of devices installed in healthcare facilities – it has provided the government with visibility on the ground which ultimately leads to well-informed decisions.

As part of AIBP Insights Vietnam, we had the opportunity to gather local smart city stakeholders, both from the public and private sectors, to have a group discussion focusing on the latest development and challenges in Vietnam.

The city of Hue, the national capital of Vietnam till 1945, has been very active in driving digitalisation initiatives since 2 years back. Mr. Nguyen Duong Anh, Director of Intelligent Operations Center of Thua Thien Hue (province) Department of Information and Communications, began the discussion by sharing some of the current priorities his team has when it comes to the smart city – these include:

Below is the operational architecture of Thua Thien Hue province: Similar to Hue, Da Nang and Ha Long have also been in the spotlight for their smart city initiatives. Mr. Thai Thanh Hai, Head of IT Department of Da Nang Department of Information and Communications, and Mr. Nguyen Tien Sy, Head of IT Department of Quang Ninh Department of Information and Communications, shared that while Da Nang and Ha Long are following the national roadmap on smart city, i.e. smart urban planning, smart urban management, and smart urban utilities from 2018-2030, they have a special focus to concurrently develop a smart tourism model. Aside from the digitalisation initiatives to enhance citizen’s experience, Da Nang has also launched a mobile application called “Da Nang Fantasticity” which incorporates a smart chatbot and allows tourists to access all information about the city at their fingertips. Similar projects aimed at improving tourists’ experience have been embarked by Ha Long city too.

Supporting the development of smart cities, Mr. Luan Quoc Hung, Technical Director of Ho Chi Minh Power Corp (EVNHCMC), pointed out how his organisation has played a role as well with initiatives such as smart grid projects. The plan has been developed since 6 years back and the project implementation has been going on for 4 years. Benefits that have been realised include reduced outages, operational efficiency through unmanned station systems and improved customer experience. 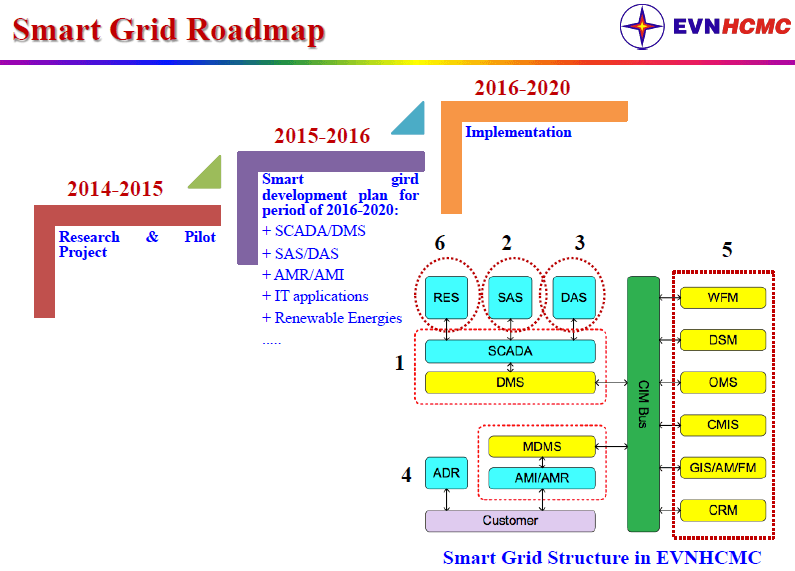 Aside from the government, private real estate developers have also realised the potential of integrating technology in their operation and offerings to stay relevant. Mr. Vo Duy Thanh, Head of IT, Bitexco, shared that his team has worked with international partners to develop a technology-driven mixed-use development called ‘The Manor Central Park’ for the past years. With a total area of around 90 hectares, he envisions this complex to be an urban center where the residents and visitors can enjoy a seamless and connected experience when they utilise the facilities there – these include residential and commercial facilities, office, school and sports complexes.

Mr. Nguyen Thanh Cong, Director of Digital Transformation, Vinsmart – another local conglomerate in Vietnam – agreed that digitalisation has become necessities for businesses. Digital transformation will allow businesses to generate and utilise data that they had no visibility before. He stressed that it’s imperative for business units and urban stakeholders to work together to connect these data and unlock its value for better living experience. This was echoed by Richa, Data Management Lead of JLL, too. In JLL’s capacity in managing numerous facilities, data is a crucial aspect in bringing new value and business models too.

Another perspective on digitalisation was offered by Mr. Xanh Vo, Head of BIM, Hoa Binh Construction Group. He mentioned that aside from new business models, digitalisation initiatives can be aimed to streamline operational processes and drive efficiency. In his case, integrating operational data and IT systems into a unified platform has allowed them to resolve issues faster and prevent it from happening in the first place – this has saved them man-hours and operational downtime. Ms. Phan Ngoc Ai Linh from Trung Thuy Group shared the same experience too. She explained how digitalisation has helped them to be agile during this downtime. All employees have been able to transition seamlessly into a new work arrangement thanks to the digitisation of operation processes. 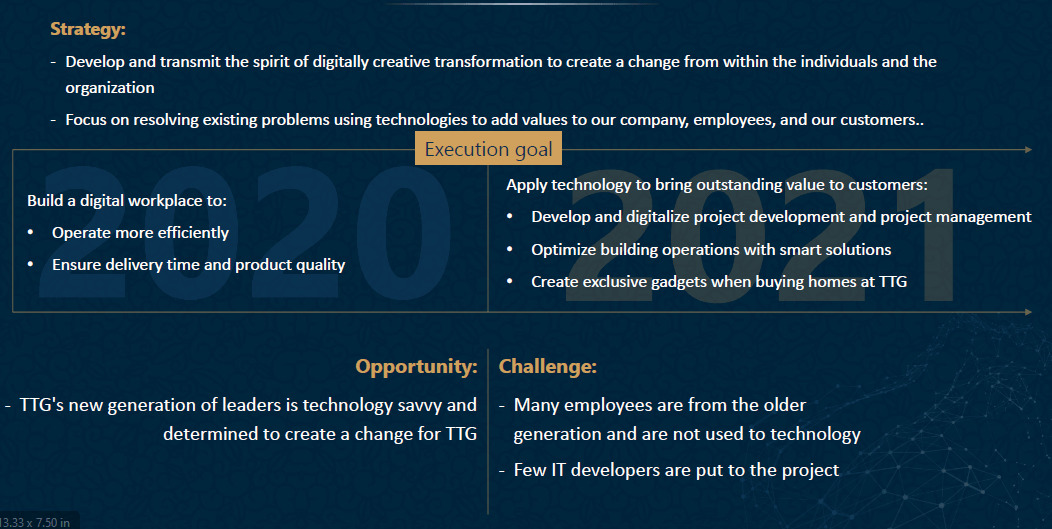 While it is very encouraging to see a number of promising projects going on, Dr. Tran Ngoc Linh, Senior Smart City Specialist from the Ministry of Construction, mentioned that there are still tons of challenges that the local stakeholders need to overcome. One of them is the data integrity and management among the stakeholders. Van, Head of BD & International Partnership, Hitachi Asia, agreed with Dr. Linh’s point – based on his experience working with regional stakeholders, having the right data management is the foundation of any digitalisation projects. However, it’s easier said than done – different stakeholders usually have different priorities and thus alignment is a key here.

Speaking about data, Francis, Senior Director, Oracle, pointed out data security as one of the common challenges that cities globally face too. Cyberattacks have been rampant and having a robust data security system would ensure critical citizen and customer data are safe. This is necessary to maintain trust and get their buy in to accelerate digitalisation initiatives further.

Wrapping up the discussion, Dr. Fivean Ho, Chief Strategy Officer of Tech9, shared that having clear objectives before embarking on digitalisation projects is extremely important. Based on Tech9’s experience in a number of projects in Malaysia and Singapore, a lot of enterprises or organisations have no clue what they want to achieve or solve through digitalisation, making the projects not sustainable and bringing no value. Continued discussion among stakeholders to map out challenges and future directions is imperative, especially in the case of smart city initiatives where it’s closely tied with people’s wellbeing. 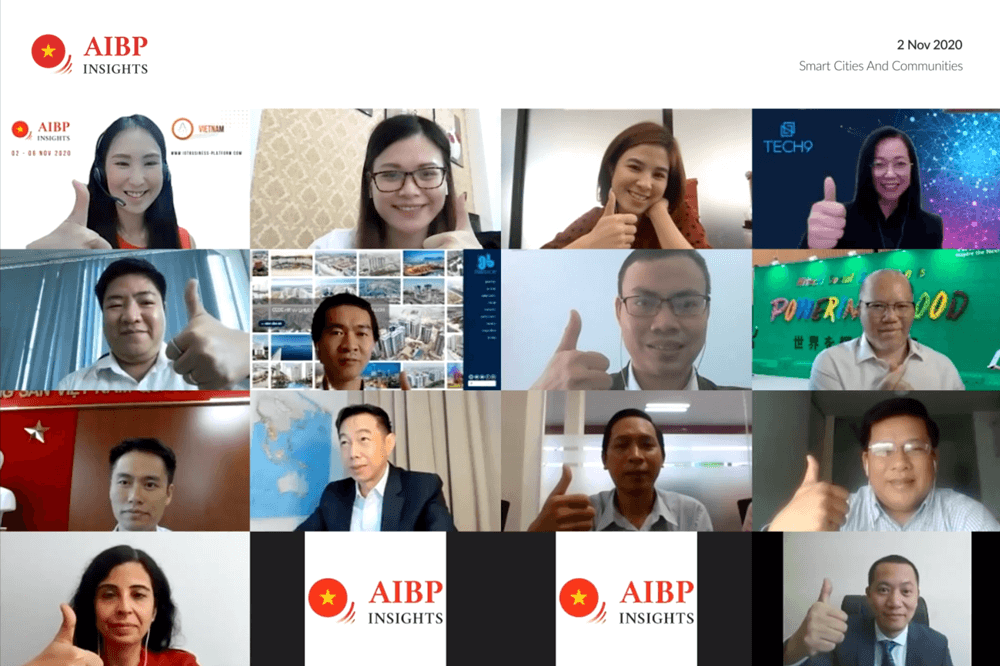