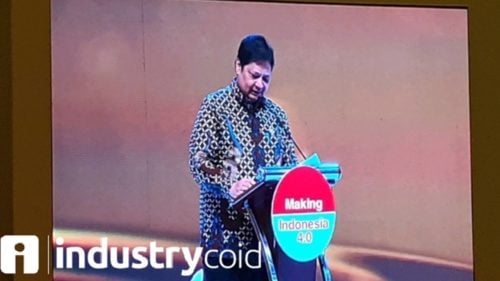 Industry Minister Airlangga Hartarto revealed, the implementation of the digital economy would bring Indonesia to the top of the class with the target of being an upper middle income country by 2020. For this reason, it is necessary to implement the Making Indonesia 4.0 road map in synergy among stakeholders.

“Economic digitalization is one of the leap frog strategies to the next level, which is graduating from the middle income trap,” Airlangga said in Jakarta, Tuesday (30/4). In this case, he added, through Making Indonesia 4.0, his big aspiration was to realize Indonesia entered the ranks of the 10 countries that have the strongest economy in the world by 2030.

“In fact, based on the results of the PwC and McKinsey study, we can enter the top 7 of the world economy in 2045, while at 100 years Indonesia will be independent, we will become the 4th largest economy in the world,” Airlangga said.

In order to achieve this goal, industry 4.0 will boost productivity doubled with a budget for RnD of 2%.

“Therefore, the government under Mr. President Joko Widodo will launch a super deductible tax incentive for both RnD and HR development. This means this is to support Indonesia’s economic program based on innovation,” he explained.

The Minister of Industry added, with the implementation of the digital economy, it would also boost economic growth. “If our economic baseline is targeted at 5.6% next year, then this baseline will be increased to 1-2 percent,” he added.

Then, jobs will be created for more than 10 million people and manufacturing contributions can be increased by 25%.

There are five sectors that become pilots for industry 4.0 in Indonesia, namely the food and beverage industry, textile and clothing, automotive, chemical and electronics. “It does not mean that other sectors are not important, because there are 38 other sectors that the government has its own policies for them,” he explained.

To read the rest of the article, please use this link: https://www.industry.co.id/read/50850/ekonomi-digital-bawa-indonesia-naik-kelas