As the largest archipelago in the world comprising of more than 260 million people and a continuous economic development with a forecasted annual growth of 5.5% up until 2020, Indonesia serves as a promising ground for Internet-of-Things (IoT) developments and digitalisation plans. According to ‘Unleashing Indonesia’s potential’ Mckinsey report, “In 2030, Indonesia will be the 7th largest economy in the world” alongside productivity improvements within sectors and urbanisation. The Indonesian government has recognised this and has pushed for digitalisation mainly under two main initiatives: “Making Indonesia 4.0” and “Towards 100 Smart Cities”.

Indonesia has hopped onto the wave of digitalisation that has swept across Southeast Asia. Most recently, in 2018, the Indonesian government launched the Industry 4.0 initiative called “Making Indonesia 4.0” to include key sectors such as food and beverage, automotive electronics, chemicals, textile, and garment. Minister of Industry, Airlangga Hartarto, have also come to a common consensus that IoT is the most important backbone for Indonesia’s push towards Industry 4.0 – a view that is validated by Ministry of Communication and IT (MCIT/Kominfo) report. The value of IoT in Indonesia is expected to reach US$ 30 billion (IDR 444 trillion) by 2022, indicating the tremendous economic opportunities that come with IoT developments. 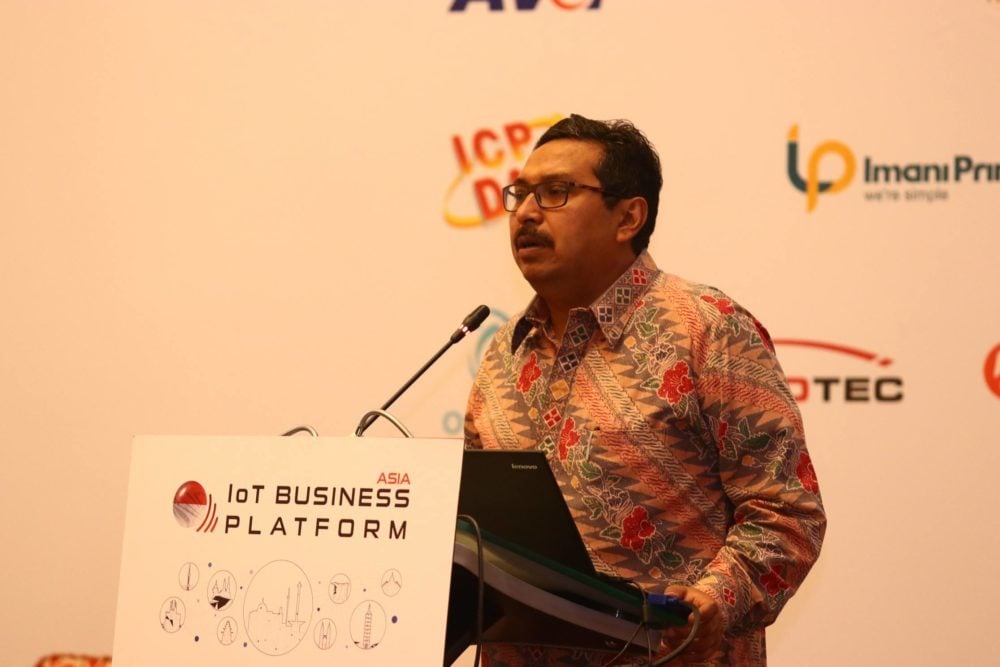 Digitalisation plans are also fast on track to ease the implementation of IoT devices and networks. For instance, the government is on the edge of completing the construction of the Palapa Ring/ 36 000km fibre optic project in 440 cities, including rural regions, to facilitate uniform high-speed internet access in 2019, easing IoT connectivity. The initiative forms a larger part of the “2020 Go Digital Vision” to propel Indonesia’s digital economy as the largest in Southeast Asia, contributing US$130 billion to its economy by 2020. Surely enough, a 2018 study facilitated by Google and Singapore’s Temasek on Southeast Asia’s internet economy showed that Indonesia has the largest and fastest growing internet economy.

Making Indonesia 4.0 would encourage digital transformation projects and IoT adoption not only in the industrial vertical but also in the distribution and logistics vertical too. High logistics cost is a major problem in Indonesia with a ratio of logistics cost to gross domestic product (GDP) recorded at 24%, almost double of neighbouring countries’. Adoption of ICT is crucial to drive down this cost and Minister of Communication and IT, Rudiantara, believes technology could bring the ratio down to 15%.

The government through MCIT has initiated the “Towards 100 Smart Cities” project with the main aim to integrate technology as part of citizens’ daily life and to improve their quality of life. 25 cities have been selected as the pilot projects last year and the government has also launched Smart City Index, to gauge the smart city development in a different area, which includes Smart Environment, Smart People, Mobility & Living, and Smart Economy.

The smart environment would mainly include building and energy management system. Utility players in Indonesia such as Perusahaan Gas Negara (PGN) and Perusahaan Listrik Negara (PLN) have started to embark on digital transformation projects. Digital meters is not uncommon in the country, especially in the major cities. Electronic vehicles (EV) is being explored too and this project is spearheaded by PLN and Agency for the Assessment and Application of Technology (BPPT). 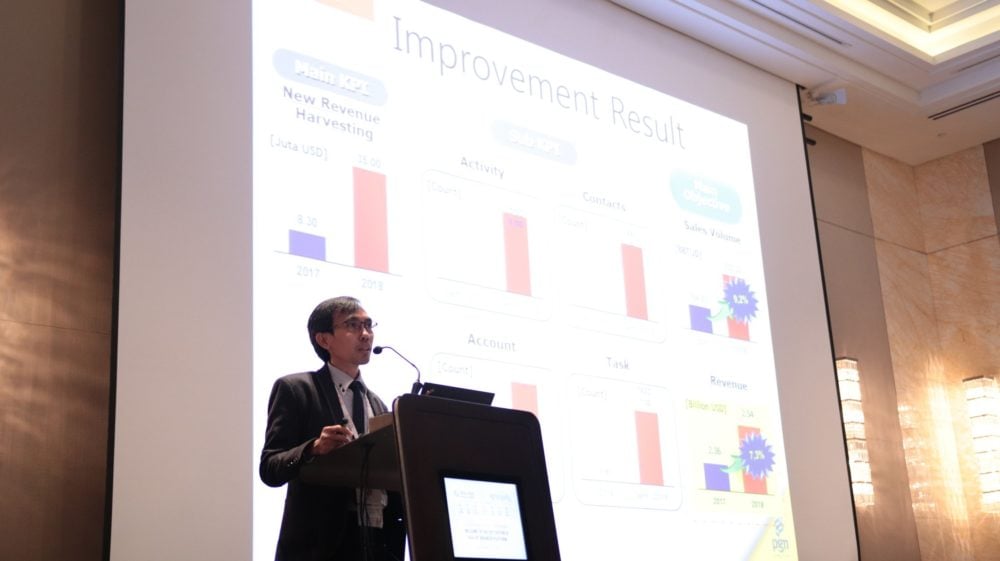 Smart people, mobility and living are also an important aspect of any smart city projects. This is especially true in the bigger cities in Indonesia such as Jakarta, Bandung, Semarang, and Surabaya where the pace of life is very hectic and traffic is one of the major problems. Citizen and traffic command centers have been established in most of these areas and the local governments are very aggressive in inviting technology providers who can assist them.

Last but not least, the smart economy is a crucial segment to realise Indonesia’s “2020 Go Digital Vision.” We have seen encouraging development in this segment especially with the rise of digital banking and e-commerce in Indonesia. Many financial institutions including Bank Rakyat Indonesia (BRI) and Bank Central Asia (BCA) have allocated hundreds of million of US dollars for their digital transformation projects in 2019. 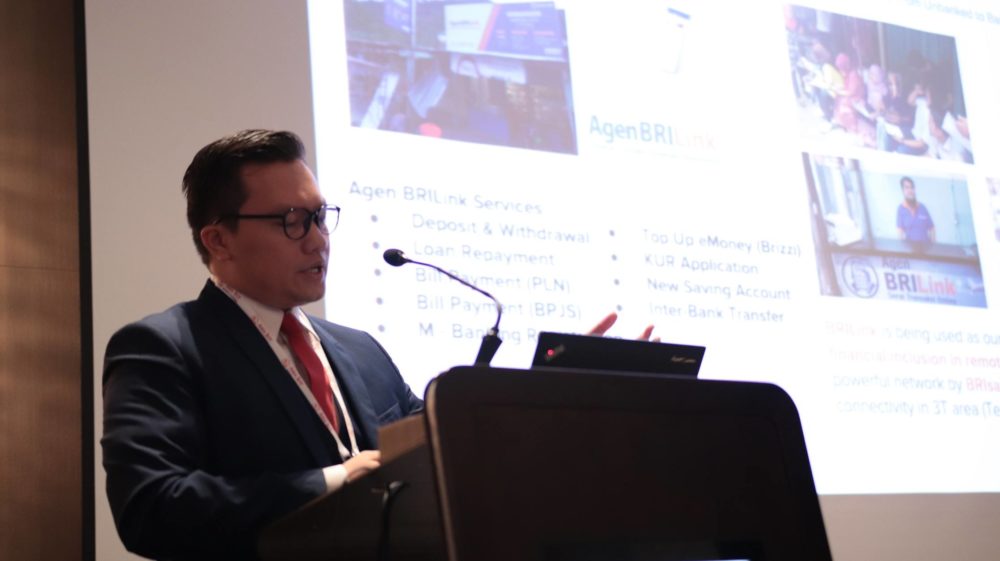 As with all other digitalising economies, the Indonesian government faces the challenge of re-skilling and up-skilling its populace to cultivate a growth mindset and a prepared workforce for digitalisation. Indonesia’s evolving economy will require new skills to support growth. Research by the World Bank suggests that human capital is a major obstacle to the development of a vibrant Indonesian manufacturing sector. In order to achieve Indonesia’s projection of between 5 and 6 percent annual GDP growth, the demand for semi-skilled and skilled workers will increase from today’s level of 55 million to 113 million by 2030, a rise of almost 60 million workers according to Mckinsey reports. This view is corroborated by Minister Rudiantara, Kominfo, who highlighted the significance of human resource development. He expressed the need for the involvement and cooperation of all stakeholders in the ecosystem including business sectors, students, academics, SMEs and the general community to make “2020 Go Digital Vision” a reality.

Key stakeholders such as the telecommunication companies and solution providers are already pushing for a strong digital ecosystem via the “Internet of Things (IoT) and Future Digital Economy Lab”. The lab is a crucial effort to encourage innovation and progress in the field of digital economy, especially in the industrial era 4.0. This Lab will be one of the several IoT laboratories all over Indonesia that were established by collaborating with the relevant industry helping to realise digital plans and upskill relevant players.

Advised by a panel of industry experts and with the support of the Indonesian Ministry of Industry and Ministry of Communications and IT, we will host an industry gathering, the 32nd edition of Asia IoT Business Platform in Jakarta, where the local stakeholders will be sharing more on the current development of enterprise digitalisation in Indonesia and the digital transformation projects they are currently pursuing.