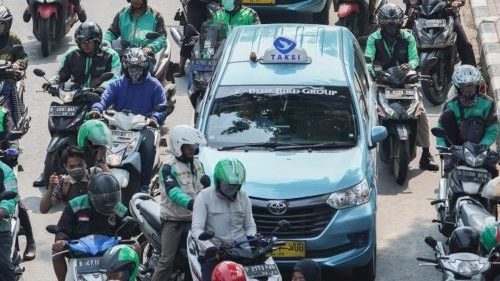 Before smartphones were everywhere, before Grab and Go-Jek were multibillion-dollar unicorns, before anyone had even imagined online ride-hailing, Blue Bird was the innovator in Indonesia’s transportation market.

The taxi company, founded in 1972 by the grandmother of its current President Director Noni Purnomo, was the first in the country to operate metered cabs. Its sky-blue cars came to symbolize the bustle of Jakarta. Blue Bird was at the forefront of the cellphone-powered transportation revolution, too, launching a reservation app for BlackBerry in 2011, not long after Uber’s first ride in the U.S.

Now Blue Bird is counting on a streak of strategic moves in the early months of 2019 — and some regulatory changes — to help it soar again. The plans include a degree of diversification, but Purnomo’s company intends to keep taxis at its core, and its success or failure could show whether cab operators have a future.

The most recent move came in late April, when Blue Bird launched a fleet of 30 electric vehicles. The buzz focused on how this was another first for Indonesia’s taxi industry. The overlooked significance was how the company plans to use the cars to power earnings and fight back against the growing ride-hailers.

“Electric taxis are part of the pilot” for the company’s new “internet of things” system, said Purnomo, who recently assumed her role after serving as head of Blue Bird’s holding company. She explained that the system will work in “real time” and allow the company’s data center to monitor everything in detail, from engines to vehicle location and driver performance. Eventually, the entire fleet of 30,000 taxis and buses will be IoT-enabled, giving the company data it can use to improve efficiency and lower costs.

Express Transindo Utama, the second-largest taxi operator, has fared worse. It fell into the red in 2016 — its first loss since it listed in 2012 — and has yet to recover.

“Nobody could predict [the ride-hailers’ impact] at that time, because it was very new,” Purnomo recalled of the early days, though Blue Bird quickly recognized the threat and partnered with Go-Jek in 2016. This allowed Go-Jek users to order taxis through the app, even though Blue Bird had its own app.

Much like the ride-hailers, the My Blue Bird app lets customers order cabs on their smartphones with predetermined fares and cashless payment options. Yet, while it has been downloaded over 1 million times on the Google Play store, Go-Jek has racked up 50 times that figure. Go-Jek and Grab provide other services through their apps — like e-payments and deliveries — to lock in users.

Along the way, Grab’s and Go-Jek’s cheaper motorcycle rides have lured customers away from the regular taxis from which Blue Bird derives around 70% of its operating profit.

Purnomo emphasized that the biggest disruption was “not the technology” but the price competition. “We’re bound by regulation because we are [classified as] public transportation,” she said. “Our tariff is regulated by the local government. So, those are the restrictions that we have to adhere to, and that’s why we cannot go into this price war.”