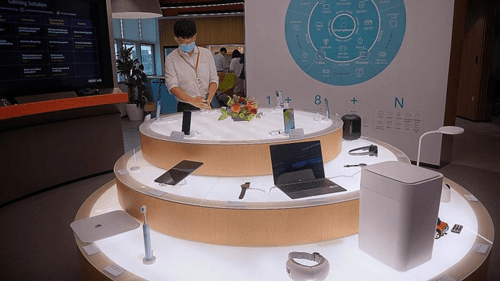 Chinese tech giant Huawei yesterday launched a US$40 million (S$52.8 million) regional centre here that lets developers test apps and services for its mobile devices, its first in the Asia-Pacific.

The centre, dubbed a DigiX Lab, will provide online and offline consultation for developers, and hands-on support in app development using augmented and virtual reality, artificial intelligence, software to port apps to Huawei devices, and other technologies.

The launch comes amid a United States ban on Huawei since May 2019 that limits its ability to use American tech giant Google’s services and apps, like the Google Play app store, for its products. This prompted the Chinese company to further develop its own platform, called Huawei Mobile Services (HMS).

And despite the Covid-19 pandemic, Huawei also expanded its HMS team here by three times in the past year, including operations, marketing and technical staff to support Singapore app developers.

It declined to reveal the HMS team’s size, but said that it has more than 650 employees here, of which more than 70 per cent are local.

The company said the lab in Changi Business Park “leverages Singapore’s importance as a growing technological hub in the Asia-Pacific” to boost the mobile ecosystem throughout the region.

To read the rest of the article, please use this link: https://www.straitstimes.com/tech/tech-news/huawei-opens-53-million-regional-centre-in-singapore