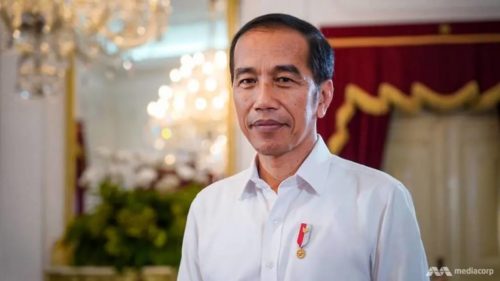 Indonesia’s President Joko Widodo said he wants to deepen ties and increase cooperation across sectors with Singapore – his country’s biggest investor – in an exclusive interview with CNA on Tuesday (Aug 6).

“I think moving forward, we will continue to work with Singapore and especially in Batam, Bintan, and Karimun areas. I think we have a lot of cooperation there, whether in the digital sector, the economy, in the tourism sector, industrial sector. I think we will have a lot of cooperation in those areas,” said the former mayor of Solo, more commonly known by the moniker “Jokowi”.

Indonesia currently has plans to build its longest sea bridge, connecting the islands of Batam and Bintan which are located near Singapore. The bridge will span seven kilometres with construction expected to begin in 2020.

Once completed, having the sea bridge could ease travel and boost business between the two countries.

Mr Widodo is also looking to work together with Singapore on human capital development, another one of his key visions for next five years.

The estate currently houses the Polytechnic of Furniture and Wood Processing Industry to meet the needs of industrial workers and make the furniture industry more competitive.

Mr Widodo believes Indonesia can benefit from working together with Singapore in other industries as well.

“I think we should not only focus on wood but there are many other industries as well. Digital economy, perhaps the creative industry, I think there are so many industries that we can work on together in an effort to develop human capital,” he said, while adding that he is ready to work together across all sectors, whether it means sending Indonesian workers and students to Singapore or whether Singapore builds training centres in Indonesia.

Mr Widodo’s plans to deepen ties with Singapore come amid hopes for Indonesia’s economic growth to surpass six per cent at the end of his second term in 2024.

He said that Indonesia was in a good position compared to other countries, taking into consideration a sluggish global economy that is unsupportive.

“What is most important is the trust of the market, investor confidence towards Indonesia is getting better therefore we expect that in this second term, our economy will grow better, higher, and impact the welfare of the people of Indonesia,” he said.

Indonesia’s economy grew about five per cent in recent years, short of the seven per cent targeted by Mr Widodo ahead of his first term.

To read the rest of the article, please use this link: https://www.channelnewsasia.com/news/singapore/indonesia-greater-cooperation-singapore-joko-widodo-11786768