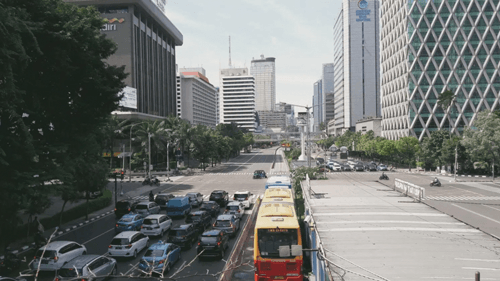 With the recent announcement that Indonesia’s Bank Jago will go fully digital, the trend of digital banking is on track to open up financial services to populations across the archipelago who have so far struggled to see benefits from traditional banks.

In December 2020, the bank announced that it would expand its existing strategic partnership with ride hailing service Gojek in order to collaborate on financial technology projects.

Gojek, which is backed by Facebook and PayPal, is a minority shareholder in Bank Jago and in late 2020, the company invested an additional US$160million (2.25 trillion rupiah), increasing its stake in the bank from 4.1% to 22.2%.

“Banks must be present in digital ecosystems; this is how people do their banking nowadays instead of visiting a bank,” Bank Jago commissioner Anika Faisal told the Straits Times.

According to the World Bank, an estimated 95 million Indonesians, one third of the country’s population, do not hold bank accounts. However, of that 95 million, 60 million own a mobile phone, representing a large untapped market and a key avenue to offer financial services to new populations.

Many poorer Indonesians who work in the private sector are paid in cash and the introduction of digital payments will significantly alter how they receive their wages.

Digitizing payments in the private sector alone could increase bank account ownership by 29%. Many Indonesians living in rural areas live far from the nearest physical bank or ATM and have to travel significant distances to withdraw cash for payments for utilities, hospital bills, school tuition and other expenses. Digital banking would enable easier payments and give rural Indonesians access to more financial services.

Bank Jago, like a number of other fintech firms, will help increase financial services equity in the country by eradicating barriers such as geography and providing people with greater access to and ownership over their finances.

To read the rest of the article, please use this link: https://www.aseantoday.com/2021/03/indonesia-to-drive-digital-bank-growth-as-gojek-sea-move-into-fintech/