A recent survey by Computer Weekly with over 1000 APAC IT professionals found that 2017 will be another good year for CIOs in the ASEAN region.

26% anticipate an increase of more than 10% for their IT budgets and a further 27% predicted a small increase. What stood out to me were the initiatives that these CIOs will be focusing on in 2017. Deriving value from data is key: 44% mentioned an investment in the big data and business analytics area, 33% spoke about IT automation and rounding up the top 3 was the Internet of Things at 31%.

Similar to what we heard from our enterprise participants in 2016, the survey found that the pragmatic approach to IoT has accelerated IoT technology towards widespread enterprise adoption. When asked about their planned use of IoT platforms, more than a third mentioned a cloud-based or analytic platform, followed by platforms for hardware and software in a a thing or endpoint device and platforms that simplify mobile connections.

Is IoT in Southeast Asia finally crossing the chasm in the innovation adoption curve? 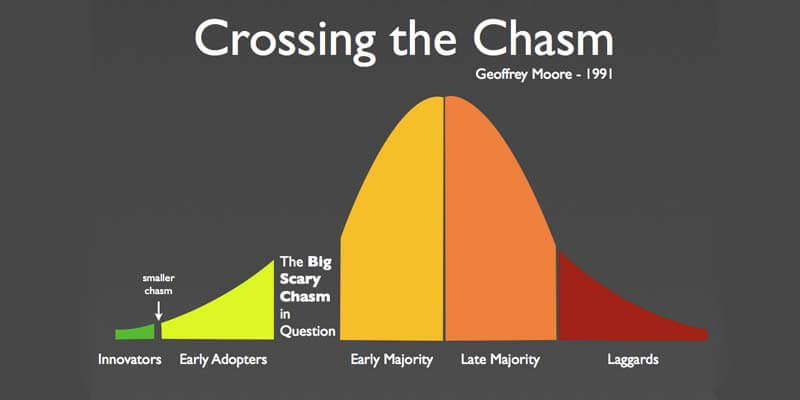 Geoffrey Moore introduced the concept of tracking the business uptake of innovative high tech products in his book “Crossing the Chasm” in 1991. In it he expanded on the diffusion of innovations theory by Everett Rogers and argues that there is a gap between the early adopters of the product (the technology evangelists) and the early majority (the pragmatists).

Crossing the chasm refers to the moment when true business value becomes apparent and the technology switches from being purchased for its perceived technology possibilities to buyers seeking the product for its recognized commercial value.

It is this pragmatic approach that drives our discussion of IoT in Southeast Asia. Our partners like HPE completed a research that examines the reality of IoT via real-world case studies and examples. By presenting these results from real IoT initiatives and identifying what went well and what didn’t, they were able to distill some lessons on how to avoid the pitfalls and do IoT right.

Similarly, by getting speakers like Vinamilk, LTA and Iskandar Regional Development Authority to share their insights at our upcoming Singapore conference, we hope our regional participants can use this as a springboard to launch their own IoT initiatives.

Can IoT in Southeast Asia move towards mass adoption? A participant at our recent Vietnam event updated us last week that they have set up their IoT department to tap into the burgeoning IoT opportunities in Vietnam. We are heartened by such feedback and look forward to accelerating the adoption curve in the years to come.