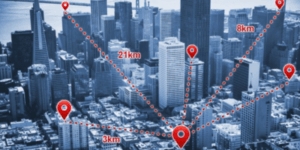 Machina Research published a report late last year predicting that 2016 will be a critical year for defining the future of LPWA networks and IoT connectivity. They couldn’t be more right.

Although LPWA networks are not new, Asia has picked up the pace in deciding which standards to adopt this year.

I wrote about the possibility of LPWA as the magic pill to accelerate ASEAN IoT adoption in March, and since then, the various network technologies have made several important announcements.

While LoRa Alliance do not have a regional headquarters in Asia yet, we expect with the addition of ZTE to its board (Read: ZTE takes board position at LoRa Alliance) and its recent wins in Malaysia ( Read: MDEC, TM team up with LoRa Alliance for Internet of Things ecosystem) to bring about an increased focus in Asia.

We have been told that an openhouse in Asia at the end of the year is being planned and we will have many companies sharing their LoRa IoT deployments at our 10th Asia IoT Business Platform in Kuala Lumpur.

This includes KPN’s Managing Director of IoT Operations, Remco Hekker who will be talking about their roll-out experience and making Netherlands the first country in the world to have a nationwide LoRa network for IoT applications.

Atilze Digital, a start up that is working with MDEC for city-wide IoT sensor network, will also be tapping on their partnership with LoRa Alliance pioneer member, Gemtek Technology, to enable the entry of IoT applications in Malaysia.

STMicroelectronics became a second source for RF chips supporting the LoRa since their collaboration with Semtech in December 2015. This gives traction to the growing LoRa network and Franck Martins, Senior Regional Marketing and Business Development Manager, APAC will be sharing insights on wireless connectivity for IoT in Malaysia.

SIGFOX opened its Asia Pacific office in Singapore earlier this year and hired industry veteran Roswell Wolff as President of SIGFOX APAC to oversee its rapid expansion in the region.

They announced their deployment in Australia and New Zealand this April and was recently named the “Most Promising IoT Networking Solutions Provider” in Asia by Frost & Sullivan.

However due to its proprietary nature developed in France, SIGFOX users can only buy basestations from SIGFOX and that has prompted concern among service providers about supplier “lock-in.” It’s revenue sharing model (reported by Light Reading to be as much as 40% of service revenues in 2014) could be a major deterrent for service providers weighing their LPWA options. 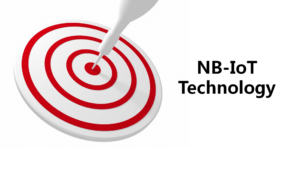 Backed by 3GPP, the cellular specifications group, NB-IoT is expected to include LPWA-like capabilities in its Release 13 later this year.

Some has touted that the emerging NB-IoT standard will be the death of rival technologies like Sigfox and LoRa, which have been relying on the use of unlicensed spectrum to support services (Read: Vodafone to ‘Crush’ LoRa, Sigfox With NB-IoT). However others note that NB-IoT has yet to see commercial deployment and will remain a costly alternative for several years.

Notably, Vodafone has thrown its support behind NB-IoT with the opening of a dedicated NB-IoT lab in partnership with Huawei at its UK headquarters in Newbury.

Huawei itself has also launched its NB-IoT solution at MWC Shanghai this month. Its solution will be available in September 2016 and a significant commercial trial is planned in the fourth quarter followed by the release for large-scale commercial use in late December of 2016.

Asian telcos like KT, China Unicom and China Mobile are also behind NB-IoT technology. China Unicom, especially, is reported to target more than five cities in China this year for large-scale NB-IoT field trials. The telco expects to start commercial deployment of NB-IoT by the end of the year and reach nationwide coverage in 2018.

Other LPWA technologies include Ingenu, Weightless, LTE-M. It is without a doubt that LPWA networks are required for widespread IoT adoption but the interesting thing about this battle is that it extends beyond the technology.

What will determine success at the end of the day will be how users perceive these technologies and how effectively it can help them achieve their desired business outcome. The challenge is not one of technology performance, but in providing a solution to a problem that customers are willing to pay for and it not always the best technology that wins the race.

Join us as we discuss “Key aspects when considering IoT network connectivity” at our KL event this Aug 18 & 19.