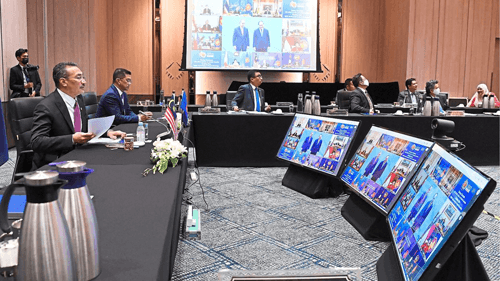 Malaysia is now officially part of the historic Regional Comprehensive Economic Partnership (RCEP) along with 14 other RCEP participating countries.

Senior Minister Datuk Seri Azmin Ali, who signed the RCEP agreement last Sunday on behalf of Malaysia as International Trade and Industry Minister, said the pact was the highest point at the 37th Asean Summit hosted virtually by Vietnam.

“The region’s economic recovery post-pandemic was high on the agenda and was discussed extensively at both the Asean leaders and the Asean economic ministers’ level, ” he said.

The RCEP is an Asean-driven initiative that aims to integrate economically the 16 countries in Asia and Oceania.

The leaders of the RCEP participating countries agreed that the partnership shall involve broader and deeper engagement with significant improvements over existing Asean FTAs and Comprehensive Economic Partnership Agreements (CEPs).

To read the rest of the article, please use this link: https://www.thestar.com.my/news/nation/2020/11/19/rcep-to-pave-the-way-for-economic-recovery