Looking beyond the business and technology, it is important to realise that communities in the region are to benefit most from the increased adoption and implementation of IoT. 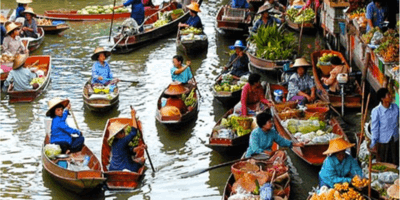 Internet of Things (IoT), Internet of Everything, Intelligence of Things, Intelligence of Everything – a rose by any other name would smell as sweet. We are in the age when humans and artificial intelligence converge to transform into an interconnected, thinking entity, facilitated by massive amount of data. From machine automation in manufacturing facilities to your home refrigerator texting you to replace your wilting spinach with fresh ones, IoT is something of the future that has dawned upon us.

Even in the emerging and developing region of ASEAN, IoT has come to bring glad tidings.

Over the years, enterprises and public sectors have adopted IoT to make business processes and operations more efficient, and public services more seamless. We have seen how a Vietnamese farm deploy a gateway to collect data from farm through a system of sensors, weather stations, and robots, so that farm operations can be managed via the cloud. We have seen the local government Jakarta leveraging IoT to manifest a smart city through a plethora of intelligent systems – smart surveillance, smart equipment trackers, and smart street lighting system, among others.

The growing intelligence in the different sectors across ASEAN reflect not only a promising economic region, but also a gradual improvement in the quality of life of communities here. However, despite robust technological development in many areas, most conversations are focused on identification of potential business benefits. Much less is known about the current and future impact of IoT on society – the interaction between communities with IoT systems and smart cities, and how the acceleration of IoT adoption can impact ASEAN societies.

It is therefore important for IoT solution providers to access ASEAN and introduce their solutions and products with a bigger end picture in mind. IoT solutions, as the names goes, need to solve prevalent and pervasive issues in a society. Apparently, problems are abundant. From urban blooding and traffic congestion to poor rural health systems, there is much for IoT to solve.

In our previous article, we wrote on how effective applications of IoT for flooding and other disaster prevention are anticipated. In a country like Vietnam, where flooding is a pervasive and longstanding issue, more substantial flood mitigation and flood monitoring projects are critical. With the implementation of a calculated and carefully crafted IoT flood monitoring project, the flooding issue in the country can be alleviated. Apart from saving billions of Vietnamese dongs, loss of lives can be prevented too.

IoT can also be a beacon of hope for the healthcare industry, especially in ASEAN where the majority live in rural areas. With inadequate healthcare facilities and structures, providing a sufficient level of healthcare to citizens can be a feat. While big data analytics, remote care, and flexible patient monitoring have been implemented in countries like the Philippines, there is still more that can and should be done on this front. From assisted living to connected health devices, IoT solution providers in the healthcare sector have much to work on in the region.

The point of it all is that there is likely to be more radical innovations in the future. The benefits should be used, ultimately, for society’s gain. There needs to be more research on real applications for real scenarios for real societies, in order to inform policy and practice in ASEAN. Over the next couple of months, we will start looking at real problems that are plaguing communities in ASEAN that can be solved with IoT. This would help inform solution providers of not only the opportunities in the region, but to inform them of their corporate responsibility to use technology to alleviate social and environmental issues that can greatly affect the lives of people in the region.

If you have IoT solutions that you are keen in introducing in ASEAN to solve a particular social or environmental issue i.e traffic congestion, flooding, famine, healthcare, please email me at [email protected]. You can find out more about our IoT programs in ASEAN here.