The S-shaped Vietnam is a unique country located in South East Asia. After its liberation in 1975, the Communist Party stayed in power until today, making the country one of the last few Communist states in the world. However, do not mistake Vietnam for being a poor and isolated country like some of its “comrades”, as it is somewhat in the other spectrum. Through Đổi Mới (Renovation), the central government initiated waves of economic reforms in order to create a socialist-oriented market economy. As the result, the market becomes more open, with more focus shifted to industrialization while agriculture turned to be more mechanized.

In the Information and Communications Technology (ICT) landscape, the outlook for Vietnam is strong at an average growth rate of 8% during 2016-2020. The ICT Industry (especially in software and services) is expected to grow as Vietnam has gradually transformed into a production center for both IT hardware and software development and outsourcing.

Delving into the country’s economic well-being, the young 93-million nation is blessed with abundant raw materials and resources, allowing Vietnam to be among the biggest agricultural exporters in South East Asia. It is also among the fastest growing countries in Asia and the world when it comes to GDP growth. In 2017, Vietnam enjoyed a GDP growth rate of 6.81%, the highest in the decade. This could be contributed by strong exports, as well as big-ticket government spending on infrastructure development and private consumption. Overall, Vietnam is a great country for Foreign Direct Investment (FDI) into the country, as there are a lot of potentials in the country. This is backed by the strong figure of US$35.88 billion of total FDI into Vietnam in 2017, up 44.4% against last year.

Strong support from the Government

The government has realized the potential of the ICT and the Internet of Things (IoT) in Vietnam, therefore, it has prioritized and encouraged the development of these technologies. Previously, companies operating in the Vietnamese ICT market could receive strong support from the government, such as tax incentive and simplified administration procedures. Hi-tech parks were also established in both regions, such as Hoa Lac Hi-Tech Park in Hà Nội or Saigon Hi-Tech Park in Hồ Chí Minh, to further act as the center for development and incubator for tech startups. Moreover, with effect from 15th June 2017 onwards, Order 13 from Prime Minister Nguyễn Xuân Phúc also added IoT, Virtual Reality, Augmented Reality and 3D Printing into the Prioritized List of advanced technologies to be developed, in addition to the existing Order 66 in 2014. These technologies will act as the building blocks for the imminent Industry 4.0, and will affect the society tremendously. 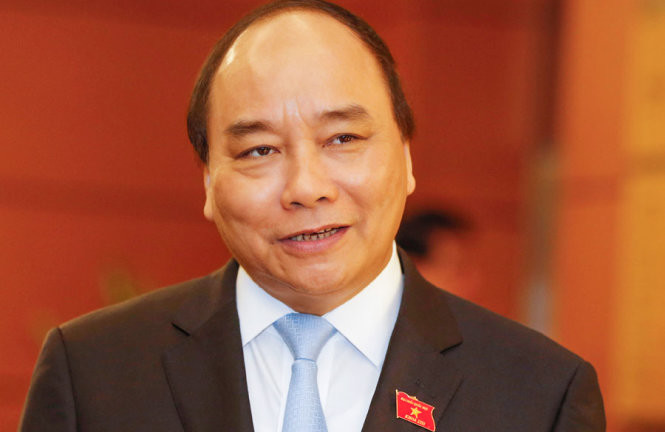 “The Industry 4.0 Revolution, together with the inception of new technologies like the Internet of Things (IoT), Artificial Intelligence (AI), Advanced Robotics, Nano Technologies, 3D Printing Technologies,… are changing the mindset, ways to generate wealth and the daily lives of people all over the world.” – Prime Minister Phuc during SMEMM 24, APEC 2017

The central government also looks into creating a robust eGovernment portal, as well as an aim for a digital economy, through the recent introduction of National Development Programme Tech 2020. The government pledges to promote enterprises to research, own, develop and produce high-tech in areas such as information and communications technologies, biotechnologies, automation and material technologies. This also resonated well during the recent ASEAN Summit, as Prime Minister Phúc actively discussed with other heads of State/Country to forge mutual cooperation when it comes to technological development and transfer between member states.

Opportunities for growth in 2018

2018 will be the year for Smart City projects to flourish, as the government and local stakeholders are putting a lot of efforts into these projects. At the 32nd ASEAN Summit this year, Heads of State/Government of ASEAN agreed to establish ASEAN Smart Cities Network. Hồ Chí Minh, Hà Nội and Đà Nẵng will be the three to join this network, together with 23 counterparts from 9 other member countries. Moreover, the race to smart city is not just limited to the 3 cities, as other cities in the countries are working with local partners like FPT, VNPT and Viettel to boost their infrastructures and connectivity.

Another sector with great potential is agriculture. Even though agricultural sector only accounts for less than 20% of the total GDP of Vietnam, more than 40% of the country’s labor force are from this sector, according to World Bank in 2015. Therefore, the government, as well as local enterprises, place a strong emphasis on modernizing and creating a smart agricultural sector. Vietnam has approved plans to build 10 agricultural zones applying high-tech methods in Hậu Giang, Phú Yên, Thái Nguyên, Quảng Ninh, Thanh Hóa, Khánh Hòa, Lâm Đồng, Hồ Chí Minh, Bình Dương and Cần Thơ by 2020. Efforts also come from local communities, as farms such as Cầu Đất Farm start to implement advanced technologies such as smart sensors to control its crops’ conditions, as well as negate effects from adverse weather.

The Internet of Things is also highly sought after when it comes to weather control and disaster management. While being blessed with natural resources and fertile land, the country constantly faces adverse conditions like urban flooding or severe droughts. Vietnam is also a typhoon-prone country, with more than 10 typhoons wrecking havocs in the country yearly. As mentioned above, smart sensors can be used to monitor and regulate weather conditions in farming, but these information can also be updated in a real-time manner to citizens to warn them ahead of adverse conditions or disasters. Moreover, in the case of urban flooding in major cities like Hồ Chí Minh or Hà Nội, sensors can be placed in sewer pipes, as well as river banks, in order to keep the water level in check. When the level rises above a certain threshold, massive water pumps purchased by the cities will be activated immediately.

Last but not least, the industrial sector is also a pivotal focus in Vietnam, as it has a relative young and abundant labor force with reasonable wage level. Moreover, the government also approved the creation of three new Special Administrative Economic Zones (Vân Đồn, Vân Phong, Phú Quốc) in three regions in order to boost the growth of industrial sectors. Therefore, a lot of manufacturing facilities have been relocated from other countries, such as China or Indonesia to Vietnam. Some of the notable players are Intel, Samsung, Adidas. While this is a great opportunity for the country, it is also some uncertainties, as cheap and abundant labor will not be a lasting factor to keep foreign manufacturers in the country. According to a recent GSO employment survey, only 22% of the total labor force, roughly 12 million people – has received formal education. On the other hand, in light of the imminent Industry 4.0, manufacturers are slowly embracing automation and Big Data analytics, with Samsung using cobots during its manufacturing process, for example. Therefore, in order to stay competitive in this open market, the government needs to focus more on skill trainings and education.

2018 will definitely be an exciting year for IoT development in Vietnam. While there are still challenges, such as skilled labor shortage or the lack of key infrastructures, there are a lot of potentials in various areas for the country to emphasize on. Coupled with the forward-thinking and open mindset of the new administration, as well as favorable incentives, enterprises would find it easier to incorporate IoT in their businesses and daily operations.

Do check out our site frequently, so you can get updated with the newest trends and information about IoT development in Vietnam, as well as other countries in the region. However, if you want to obtain first hand insights and establish strategic relationships with key IoT stakeholders in Vietnam, join us at the 28th edition of Asia IoT Business Platform in Hồ Chí Minh this coming November.