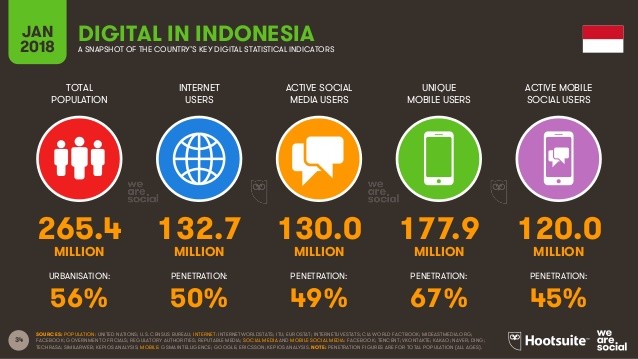 The government of Indonesia has realised the importance of this paradigm shift and last year, an e-commerce roadmap was signed by President Jokowi as part of government’s initiatives in pushing for a national digital economy. Minister of Communication and Information Technology, Rudiantara, explained that the roadmap would not only regulate technology but also covers logistics (Logistics 4.0: The State of Digitalization in the Logistics Sector in Indonesia), cybersecurity, human resource development, and consumer protection. Moreover, he also highlighted the importance of payment system in promoting digital banking and e-commerce in Indonesia through this roadmap, “One of the issues in the roadmap relates to the payment system by implementing National Payment Gateway (NPG), which will be under the supervision of Bank Indonesia.”

Bank Indonesia responded swiftly and NPG was launched last December. NPG was introduced to promote easy and affordable cashless transactions for the general public while at the same time enhancing customer protection by securing data for each transaction. Onny Widjanarko, the Head of Payment System Policy of Bank Indonesia, explained that when NPG has been operated fully, every person will own an NPG-card which can be used to do financial transactions nationally through different ATMs and EDCs without any additional costs. The launch of NPG is aligned with the vision of Bank Indonesia to promote cashless society through the central bank’s initiative called the National Non-Cash Movement, launched in 2014.

Other banks in Indonesia including Bank Mandiri, Bank Mayapada and Bank OCBC NISP have pledged more capex for their digitalisation effort too. Permata Bank is another bank in Indonesia which is aggressive in exploring ICT solutions to pursue their vision of digital bank. Permata Bank has explored frontier technology such as AI, biometrics, and blockchain as part of their digitalisation strategy. Recently, they have introduced a feature called VoiceID which is used to authenticate the identity of their customers. This feature is embedded in PermataTel (Permata Bank call center) and this has resulted in faster customer service. Permata Bank Director of Technology and Operations, Abdy Salimin, mentioned that this biometrics system could validate customer’s voice within seconds and the total time taken to authenticate the identity would be 45 seconds. This, in turns, has increased the customer satisfaction. Prior to VoiceID, Permata Bank had also introduced biometrics solutions called FingerID and FacialID. Abdy emphasised that more digital initiatives will be introduced by Permata Bank in the near future.

Drop me a note at [email protected] if you are interested to join the discussion.